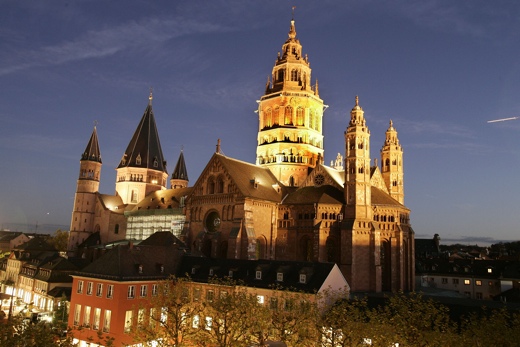 Mainz, the state capital of Rhineland-Palatinate, embedded in the middle of the largest German wine-growing area Rhinehesse, combines in a really proverbial manner a way of life, a zest for life and a rich culture that is thousands of years old. Thanks to its central situation in the Rhine-Main Region, its proximity to two airports and its good motorway links, Mainz is an interesting location for commerce and industry.

The city’s greatest son is Johannes Gutenberg who made his revolutionary invention of printing with movable types around 1450 in Mainz. Two copies of the world-famous Gutenberg Bible are to be found today in the Gutenberg Museum, the World Museum of Printing.

Apart from the Gutenberg Museum the old part of Mainz, with its Baroque and half-timbered houses, its picturesque wine taverns and its outstanding shopping facilities, are a highlight for tourists from all over the world.

In addition, Mainz’s location in the direct vicinity of the World Heritage Site Middle Rhine Valley makes the city an ideal starting point for trips on the Rhine into the valley of the Loreley. The ships of the Köln-Düsseldorfer Shipping Company head for Mainz daily and start out from here on their voyage through this unique cultural landscape lined with castles, palaces and romantic wine-growing villages.

Real Mainz lives the whole year round in its many convivial wine taverns, celebrates outdoors in its streets and squares already from February with the famous Carnival Parade or meets in late summer at the romantic Mainz Wine Market. Not to be missed: the St. John’s Day Festival in Mainz. Four days of summer pleasure turn the whole city into one great fair in June that comes to an end with a grandiose firework display over the Rhine.

Summer in the City (June – July)

“Summer in the City” revolves completely around the series of open air concerts in Mainz Zollhafen, the former customs harbor, and other extraordinary event locations. With the north harbour mole directly by the Rhine, Mainz has an exceptional location, letting every concert become a quite special experience. Stars such as Mark Knopfler, Roxette. Gregor Meyle and Lionel Richie will appear here against the historical industrial backdrop, sending their innumerable fans into raptures. 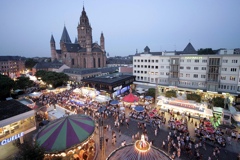 The traditional Mainz Midsummer St. John’s Night Festival – Johannisnacht – is the climax of the festival season in Mainz. In addition to the traditional features of a fair come the typical Johannisnacht attractions. The initiation ceremony for printers, the ducking of printing apprentices, takes place in the direct vicinity of the Gutenberg Museum, at Liebfrauenplatz. Four days long, music, theatre and folklore groups, itinerant entertainers and marching bands make their mark in the city centre. Musical and artistic performances are given continuously on five stages within the festival area. Every year, the firework display over the Rhine forms the festive close on Monday evening. 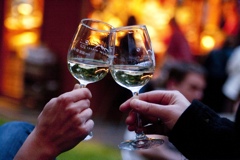 Embedded in the outstanding atmosphere of an ancient tree population the “Mainzer Stadtpark” and the nearby “Rosengarten” are the setting for the traditional and honourable Mainz Wine Festival. It is one of the most remarkable festivals in Mainz. Annually, on the last weekend of August and the first weekend of September over 50 winegrowers from Mainz and the adjoining areas offer their finest goods. The festival attracts equally young and old as locals and visitors. Enjoy a superb glass of sparkling wine, visit the nearby book and artist market or go for a personal wine tasting. 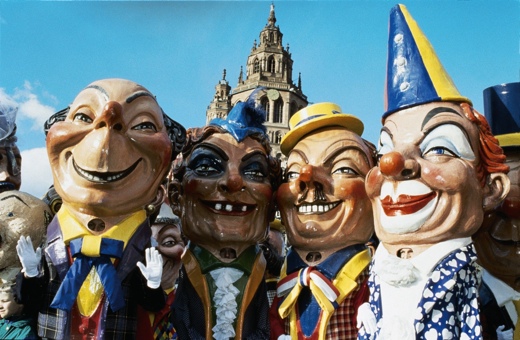 With scores of festivals, special events days and celebrations Mainz is a never-ending party!

The city is famous for its spectacular “5th Season” or Carnival (Fastnacht or Fassenacht) which kicks off in November and goes full blast clear up to Ash Wednesday. Virtually every single Mainzer young and old takes part in the City’s most elaborate and opulent „chase-away-winter’s-woes” events.

Parties, parades, costumes, brass bands, scathing political and social commentary, scanty outfits, normal citizens are kings and princes, knights and generals, while the pompous and pretentious are ridiculed by „fools” and Court jesters. No sacred cows here as the wine and beer flow and high-proof distillates help the crowds indoors and out fend off Winter chills. Candy, fruit, treats and favors fly through the air, thrown from the mammoth floats and displays by the costumed members of the various Carnival societies, businesses and civic organizations who sponsor the bash. 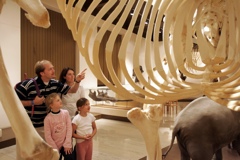 Apart from numerous exhibits from today`s animal and plant world, numerous findings from the geological past of Rhineland-Palatinate are on display.

Particular mention should be made of the 44 million year old primeval horse from Eckfelder Moor and the collection of Ice Age animals. The Mainz Quagga Group is world-famous. The Natural History Museum is the only museum that possesses three specimens of this extinct variety of zebra of which there are just 23 preserved animals worldwide.

Landesmuseum Mainz
In addition to art and cultural historical collections from prehistory and early history, the Landesmuseum in the “Golden Ross Kaserne” also shows outstanding examples of European painting and sculpture from the Middle Ages to the present. It is one of Germany`s oldest museums. 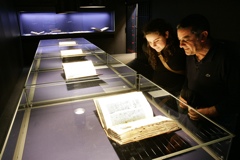 The Gutenberg Museum is a world-renowned museum for the history of letterpress printing and the culture of writing and exhibits important printed works from the 15th century to the present. The heart of the exhibition is two copies of the world-famous Gutenberg Bible.

In the reconstructed Gutenberg workshop it is possible to print “live”. In the Print Shop, the museum`s educational workshop, every visitor can try out printing for himself. Furthermore, the Gutenberg Shop offers about 800 exclusive items all round printing, writing and reading.

Among the most important items are reproductions for the most part lost grave furnishings of the Frankish king Childeric (died 482 AD), the Mainz celestial globe and a copy of the Cathedra Petri, the famous papal throne from the ninth century.

Two military ships from the Roman Rhine flotilla, reconstructed true to the original, are the heart of the Museum of Ancient Shipping. A gallery offers a chronological survey of ship-building in Antiquity between the Indian Ocean and the North Sea. Various audio stations bring Antiquity back to life again with original quotations. In addition, further ancient shipwrecks and monuments with a reference to shipping are on display.

In 2000, parts of a temple dedicated to the Ancient Egyptian deity Isis and the Oriental Mater Magna were discovered during excavation works for a shopping arcade and a sensational view of religious cults in the Roman period thus became possible. A staging of the shrine to appeal to all senses now awaits visitors on their journey back through time to the world of the cults of Rome.

The Gallery of Arts is an exhibition hall for contemporary art from Germany and abroad. The gallery presents contemporary artistic concepts which depict and convey topics of current relevance to art, politics and society. With a programme of outstanding exhibitions, it has set itself the task of helping the public gain themes and of establishing Mainz as a location for art from all over the world and for discourse on current issues.

St. Martin’s Cathedral
St. Martin`s Cathedral rises up directly by the market square. The cathedral was constructed under Archbishop Willigis from 975 on and has experienced fire, destruction and reconstruction many times in the course of the centuries.

Apart from the archbishops` grave monuments, the Romanesque St. Gotthard`s Chapel and the late-Gothic cloister should be especially mentioned. Today, the Episcopal Cathedral and Diocesan Museum with works of the art from two millennia of Mainz church history is housed in the chapter buildings and cloister.

St. Stephen’s – Chagall Windows
200,000 visitors a year speak for themselves: St. Stephen`s is an attraction! Tourists from the whole world pilgrim up St. Stephen`s Mount to the glowing blue-stained glass windows by the artist Marc Chagall.

For over thousand years, Jewish Magenza was an important spiritual and cultural centre for East and West European Judaism. Centuries of persecution and above all National Socialism destroyed a great deal. But the community is growing again: The most important sign of this is the News Synagogue for which the foundation stone was laid in 2008 and which was opened in September 2010.