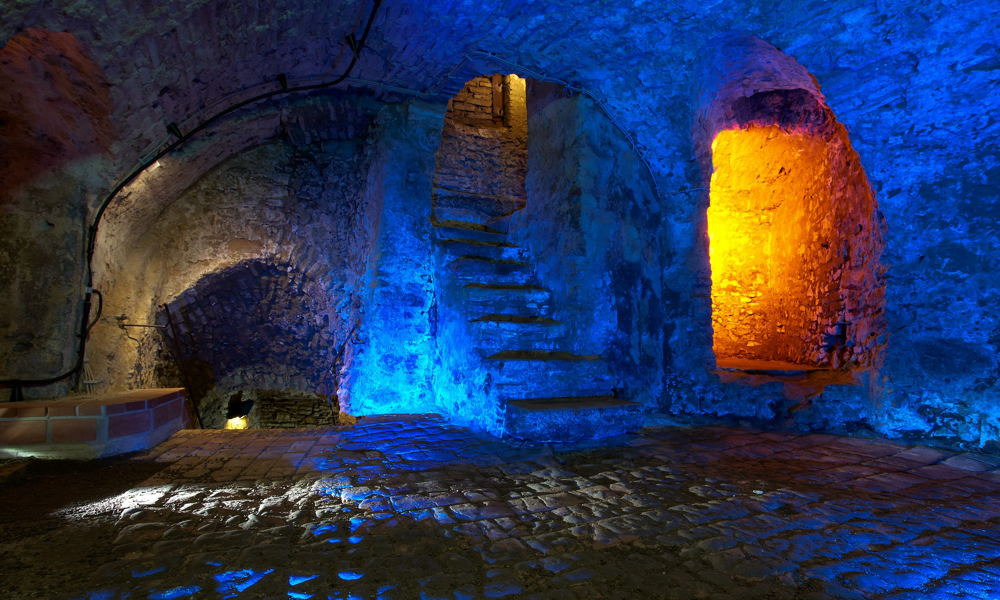 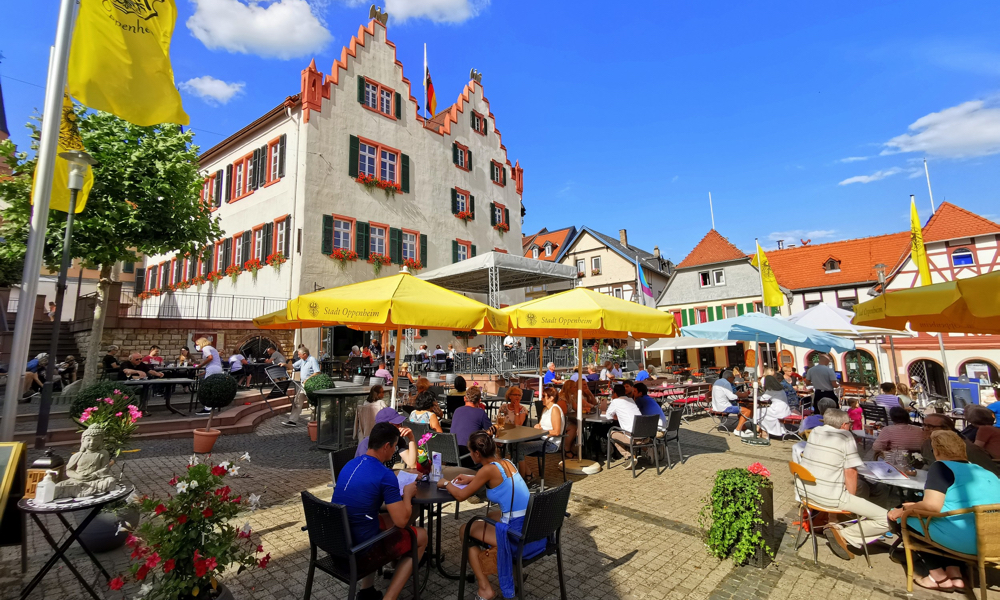 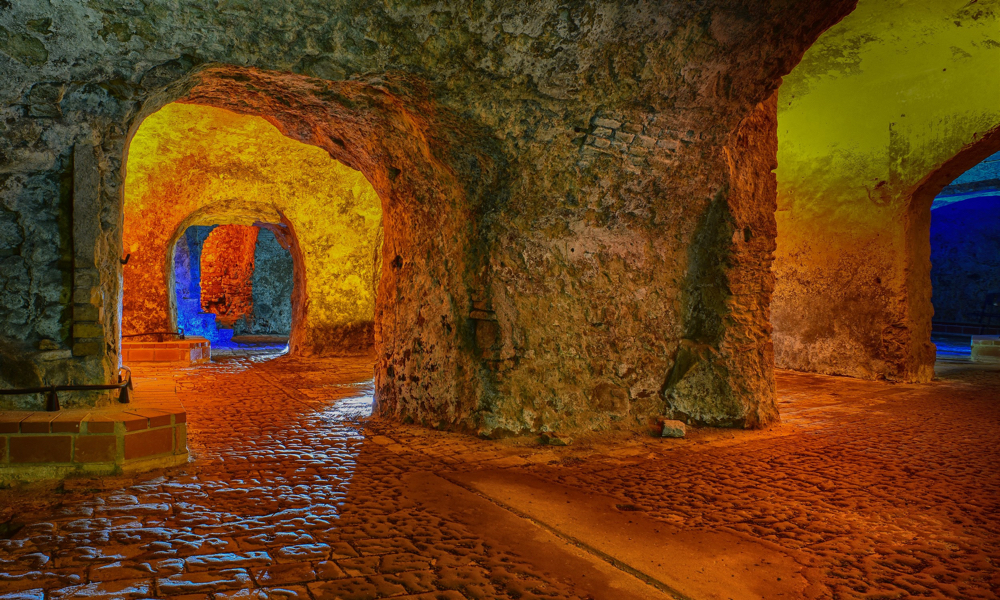 The Oppenheimer cellar labyrinth – An adventure for the whole family

Weather independent, open all year and an experience for the whole family. This is how 1000 years of history present themselves. Under the feet of the visitors of the Oppenheimer old town is a worth seeing historical treasure of national importance: The unique Oppenheimer cellar labyrinth presents each year about 30 000 guests with history and stories.

Also known as “city under the city” or “underground”, passages, stairs and cellars connect the grounds under the face of Oppenheim’s old town. The attractive combination of medieval flair and contemporary tranquility presents every visitor to the wine and festival city a unique treasure. In the heart of the historic old town around the town hall about 500 meters are open tot he public. What once served as deposits and hiding places or escape in times of war, today holds many as “Oppenheimer cellar maze” ready for you. For example, in 2003 they made a virtue out of necessity when they added up the numerous measures to build a touristic tour and made it accessible to the general public. Gently and impressively illuminated and with exciting history on every corner and in every passage there is an exciting leisure time fun for the whole family, regardless of the weather.

Oppenheim has a unique cultural monument with its extensive cellar facilities which were built between the 12th and 17th centuries. Two circular routes through the underground city center of Oppenheim lead through rooms with a special atmosphere.

The extensive cellar facilities are not only wine cellars, as they are known from any other wine village, but storage rooms from the Middle Ages. In Oppenheim, a confusing system extends below the old town with countless corridors and interconnected cellars, some of which are located on several floors above each other.

Despite all insecurity, it can be stated on the basis of modern investigations and measurements: After Oppenheim was raised to Free Imperial City in 1225, the importance of trade in the city also increased. The city was located at the crossroads of two major trade routes (Cologne – Strasbourg and Prague – Paris). Here there was already a ford over the Rhine, which served as a trading route.

Since the city was enclosed between the Rhine and the (wine) mountains, it was impossible to enlarge it without losing its military position. On the other hand, the flourishing trade needed new storage space. So tradespeople built basements under their buildings. They were used to store pots, pans, ropes and food as well as live chickens and geese in baskets. Much could be stored for a long time in the constant 16° – 18° C cool cellars.

The Oppenheimer underground consists in some places of a loess clay layer up to twelve meters thick, i.e. a mixture of loam and sand. In a balanced mixture of both elements, thanks to a constant humidity, it is possible to dig a quite stable cellar vault into this soil with very simple means. However, this delicate balance is destabilized by any ingress of water (such as leaking water pipes or sewers, surface water) until today. The clay flows into existing vaults and thus can form under houses and roads to form dangerous secondary cavities. The stability of the vault is also at risk.

The lack of care of recent centuries has caused immense damage to the basement system for the reasons mentioned above. Added to this were the relocations of sewerage and the heavy burden of modern road traffic. The collapse of a police car in the Pilgerbergsgasse in 1986 or huge sudden holes in the gardens of the old town had their cause here.

Today, the stability and solidity is constantly checked. Thus, the basement labyrinth is, in the context of two different tours, 365 days a year, a weather-independent experience.

Secure your place in a guided tour of the legendary Oppenheimer cellar labyrinth.

Call now and book at: