Other languages and specialized subject areas are also available through a network of freelance colleagues.

Proofreading and editing in German and English.
Scientific proofreading is a particular specialty but also advertising and literary texts. Your text is checked for spelling, punctuation and grammar and also for sentence structure, style and tone.

Non-binding estimates.
All personal data is of course treated as confidential. 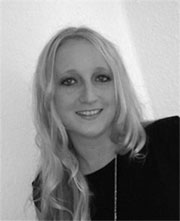 Tina Sester-Jochum is a professionally qualified sworn translator (a sworn translator is legally certified to translate legally valid documents, for instance documents that have to be presented to the authorities). She has worked as a freelance translator and editor since March 2009. She earned her diploma as a certified German-English translator in February 2008 from the Englisches Institut in Heidelberg and was appointed a sworn translator by the Landgericht Saarbrücken in November 2009. From 2004 – 2005 she studied political economy at the University of Trier. From September 2007 through February 2009 she worked for Kern AG Global Language Services, initially as an intern, from March 2008 through February 2009 as a translator, branch manager and project manager.